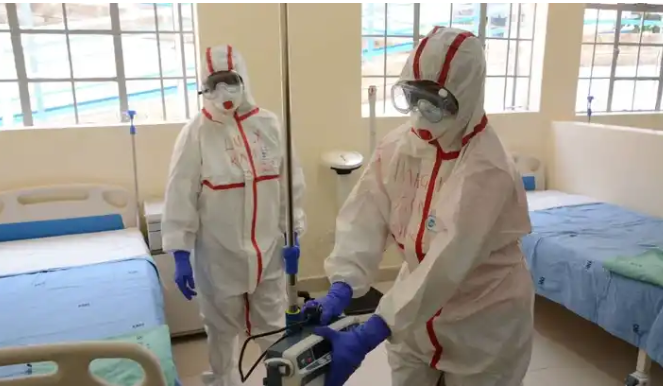 The Nigeria Centre for Disease Control (NCDC) has reported seven deaths due to COVID-19 complications.

Jubilation As Wizkid’s Babymama, Shola Ogudu, Shows Off Her Fiancé.

NCDc announced this as the country recorded 838 new cases of the coronavirus disease (COVID-19) on Sunday.

This brings the total cases in Nigeria to 84,414 and 1,254 fatalities since the pandemic began.

As at Saturday, Nigeria recorded 1247 total deaths. However, the confirmation of seven deaths on Sunday has increased the rate to 1254.

The health agency also confirmed the discharge of 539 patients from isolation centres across the country, bringing the total recoveries to 71,034.

NCDC noted that 838 new cases were reported in 15 states and the Federal Capital Territory (FCT).

PRESIDENT Muhammadu Buhari has described the death of Senator Saidu Umar Kumo as “a major loss to the ruling APC.”

Buhari said: “He was our pillar of strength in Gombe State, whose defection in 2019 had energised our supporters for change.” In a condolence message in Abuja on sunday, the president said “I have received the news of the death of Senator Kumo with profound shock and sadness because his contributions to the growth of our party cannot be forgotten.

A statement by his Senior Special Assistant on Media and Publicity Garba Shehu, the President recognised the huge political capital brought along to the APC by the late Senator.

“Let me put it on record that the history of victory in 2019 cannot be written without reckoning with the significant contributions of the late Senator Saidu Umar Kumo who had brought his enormous political goodwill into our efforts to retain power.”

Buhari also mourned the death of Madawakin Keffi, Abubakar Senior, a distinguished civil servant and the second in command in the Keffi Emirate Council.

The President prayed Allah to forgive the souls of Kumo and Senior, reward their good deeds with aljanna, and grant fortitude to their families, friends, associates, the governments and people of Gombe and Nasarawa States to bear the losses.

The former governor lost his father who was the Makaman Karaye and District Head of Madobi, Alhaji Musa Saleh Kwankwaso, on Friday.

He died at the age of 93, leaving behind two wives, 19 children and many grandchildren. He has been buried according to Islamic rites.

“On behalf of Governor Abdullahi Umar Ganduje, I wish to commiserate with you over the death of our father Late Alhaji Musa Saleh Kwankwaso, the Makama Karaye.

“His death is a great loss, not only to you but to the entire people of Kano State.

“We pray to Almighty Allah to grant him Jannatul Firdaus and to give you the fortitude to bear the irreparable loss of this great gentleman,” Deputy Governor Gawuna said.

Senator Rabi’u Musa Kwankwaso thanked the deputy governor and his team for the visit.