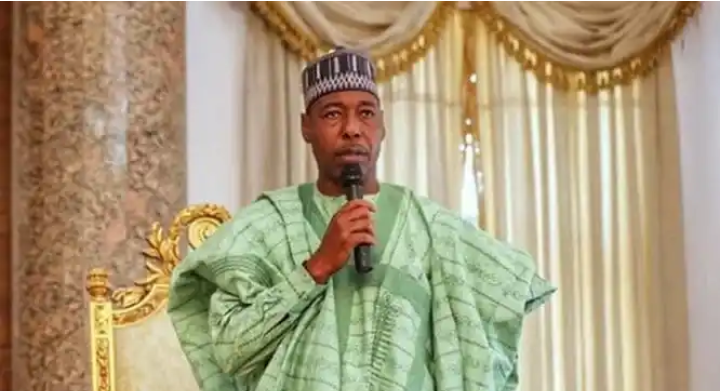 Governor of Borno state, Babagana Zulum, has warned youths who have been participating in #EndSARS protests across the country to be careful.

He gave the warning in an interview with State House correspondents after a meeting President Muhammadu Buhari at the Presidential Villa, Abuja.

Zulum told the youths that the Boko Haram crisis in the north east started with protests by youths against the use of motorcycle helmets in the state capital, Maiduguri.

The governor explained the disastrous effects of protests that turned violent by noting that over one million people have been displaced as a result of Boko Haram activities which were fallouts of the protests against the use of helmet.

“On the issue of #EndSARS, I am calling on all Nigerians especially the youths to be very careful.

“The whole Boko Haram saga started as a result of the protests by some youths in Maiduguri against the use of helmet by motorcycle riders. You have seen the situation now.

“Over one million people have been displaced and the most affected population are the vulnerable, the youth.

“Some of those that led the protests have left Borno State, they are either staying in Abuja or Lagos or abroad. we have to be very careful.”