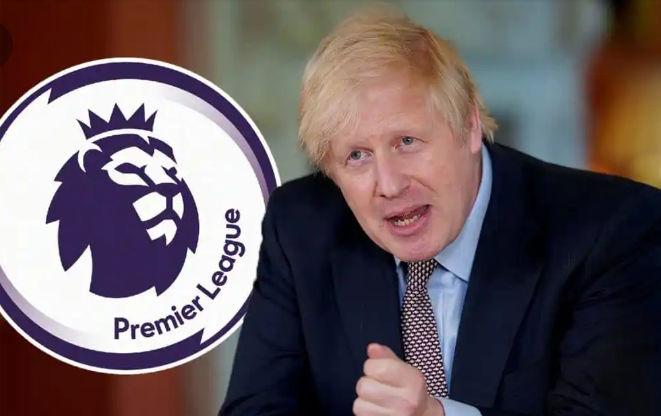 Boris Johnson has confirmed that the Premier League will continue after announcing that a second national lockdown is set to come into force next week.

The Prime Minister announced new restrictions for the country that will start next Thursday and run until December 2 to combat COVID-19 and avoid the NHS being overwhelmed.

Football fans will remember that live sport was among the many industries impacted by the first national lockdown as Premier League football took an involuntary three-month hiatus between March and June.

“But where this is not possible, travel to a place of work will be permitted – e.g. this includes (but not exhaustive) elite sport played behind closed doors.”

During the news conference, Johnson gave a thumbs up and said ‘Yes to the Premier League’ when asked if top-flight football will continue.

While multiple top-flight players have tested positive for coronavirus, testing protocols have seen them quickly isolated to prevent any further spread, with fixtures going ahead according to plan.

However, the new restrictions look set to delay the return of fans to stadiums until at least 2021.

There were hopes that supporters could return in some capacity before Christmas, but it is believed fans in stadiums is now off the political agenda until the new year at the very earliest.

Meanwhile, the English Football League accepted the ‘difficult decision’ taken by the government and confirmed they have been given permission for matches to continue as normal.

A statement from governing body read: “The EFL notes the difficult decision taken by the Government in respect of the implementation of a ‘national lockdown’ in England from Thursday 5 November 2020 in response to the rising cases of COVID-19.

“During this next phase it has been confirmed to the League by the Department for Culture, Media and Sport (DCMS) that elite sport will be able to continue and EFL competitions will therefore remain as currently scheduled (in both England and Wales).

“Professional football has implemented some of the most stringent, robust and regularly reviewed protocols since the restart in June 2020 and our medical experts’ advice remains in place to fully adhere to these measures which are specifically designed to mitigate against the spread of the virus.

“The health, safety and well-being of players and Club staff throughout the pandemic has been our first priority and this will continue as we enter this next period of lockdown and beyond.

“In addition, we acknowledge the Government’s national efforts in tackling this outbreak and would hope that during this next phase of the crisis, our national sport, negatively affected by COVID-19 like many other industries, can continue to provide some form of welcome distraction and give people in our communities up and down the country a sense of normality in very challenging times.”