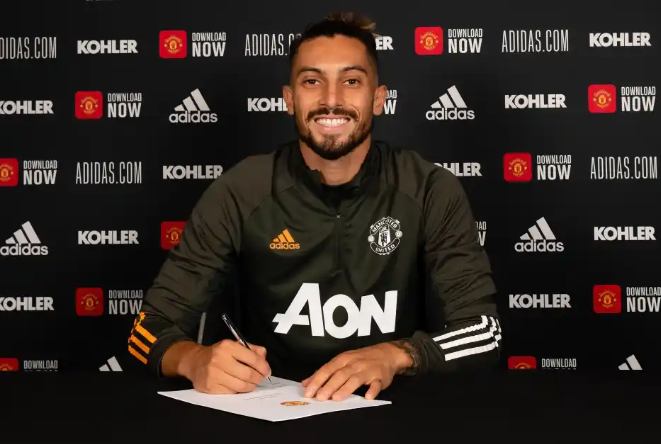 The £13million signing from Porto made his first few appearances for Manchester United after signing on deadline day, but has been an unexplained absentee for the past week.

Now, Solskjaer has explained that the reason for this is he tested positive for COVID-19.

The manager told MUTV: “Telles has tested positive for coronavirus, he’s been out for a few days.

“No symptoms, he’ll be fine, back soon.”

Telles has emerged as one of the finest attacking full-backs in Europe having scored 13 goals and providing 12 assists in all competitions for Porto last season.

Porto head coach Sergio Conceicao understandably didn’t want to lose Telles but praised the player’s professionalism while the speculation about his future continued to swirl around.

One piece of praise that has excited United fans is from Brazil icon Roberto Carlos, who was the Selecao’s left-back during their World Cup triumph in 2002 – their most recent one to date.

Like Telles, Carlos played at Inter briefly. Carlos then went on to have a glittering career at Real Madrid.

Carlos was quoted saying back in 2016: “Alex is a phenomenon. He is another player who, before long, will be part of the national team.”

He then added: “He is not Roberto Carlos, but he’s very good.”