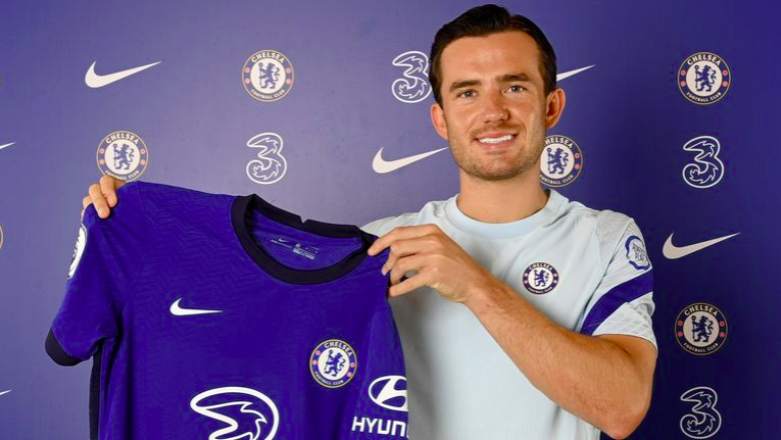 Chelsea have signed England left-back Ben Chilwell from Leicester for a fee in the region of £50m on a five-year deal.

Chelsea beat Leicester to a Champions League place on the final day of the 2019/20 Premier League season – pushing the Foxes into the Europa League – and have now convinced them to part with one of their prized assets.

#EndSARS: Why Buhari Did Not Speak On Lekki Toll Gate Shooting In Nationwide Address – Presidency

‘Our Country Has Failed Us’ – Emotional Destiny Etiko Writes

US ELECTION: Trump And Biden Clash Over COVID-19 In Less Chaotic Final Debate

#EndSARS: The Speech Buhari Should Have Delivered

“I am delighted to be joining Chelsea at this very exciting time for the club. I’m looking forward to being a part of this young, dynamic squad led by Frank Lampard as we challenge for honours next season,” Chilwell told the club’s website.

“I can’t wait to get started and hopefully it won’t be long before we’re playing in front of the Chelsea fans at Stamford Bridge.”

Chelsea are also in talks to sign Bayer Leverkusen midfielder Kai Havertz and former Paris Saint-Germain captain Thiago Silva, who is set to undergo a medical on Thursday, as they look to build on a fourth-placed Premier League finish and an appearance in the FA Cup final in Lampard’s first season in charge.

The Blues will also have to allow players to leave this summer, with left-back Emerson Palmieri vulnerable due to Chilwell’s imminent arrival. Inter Milan are reportedly interested in the Brazil-born Italy international.