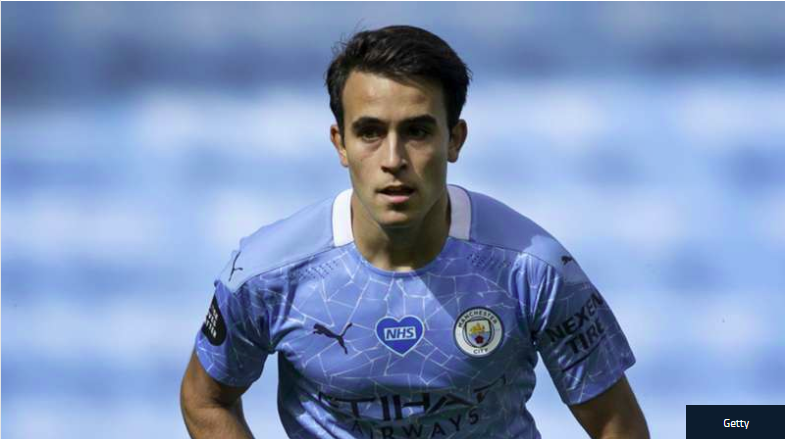 Barcelona have made Eric Garcia their top transfer priority but Manchester City still want to tie down the Spanish defender to a new long-term contract.

The 19-year-old left Barca’s La Masia academy three years ago and has since broken into Pep Guardiola‘s first team at City.

But with his current contract due to expire in 2022, the Catalans want to bring Garcia back to Camp Nou and see him as the long-term successor to Gerard Pique.

#EndSARS: Moment Police Harassed A Hungry Pedestrian Because He Failed To Wear A Mask (VIDEO)

Garcia has established himself as a regular in Guardiola’s line-up since Project Restart, starting the Premier League clash with Liverpool and FA Cup semi-final against Arsenal.

Moving ahead of John Stones and Nicolas Otamendi in the pecking order, he is also expected to start the Champions League last-16 second leg against Real Madrid.

City’s director of football Txiki Begiristain was set to sit down with the player’s representatives to discuss a new deal before the Covid-19 outbreak.

According to sources in Spain, Garcia may consider his future if Guardiola decides to leave the Premier League club.

The City boss is currently in the final 12 months of his contract at the Etihad Stadium and has so far refused to say whether he will commit to a further extension.