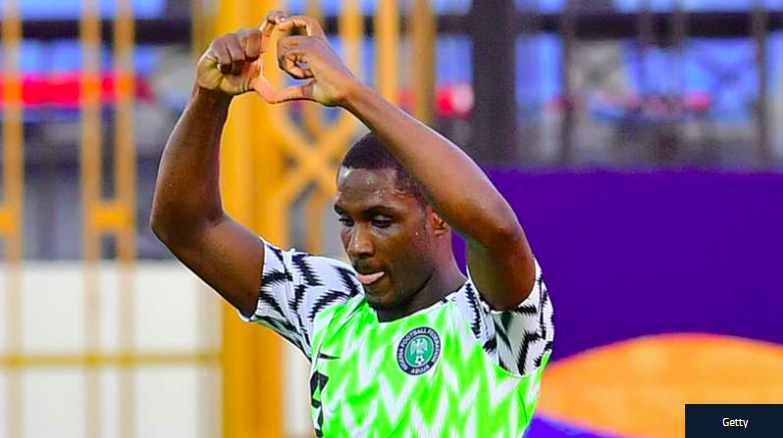 Ighalo announced his retirement from international duty after helping the West Africans finish third at the 2019 Africa Cup of Nations in Egypt, where he emerged as the competition’s top scorer.

#EndSARS: Moment Police Harassed A Hungry Pedestrian Because He Failed To Wear A Mask (VIDEO)

The striker has continued his impressive performances with the Old Trafford outfit since joining the side in January from Chinese Super League club Shanghai Shenhua.

The forward’s eye-catching performances recently earned him a loan extension with the Red Devils until January 2021.

Esin, who could not fathom why Ighalo, one of the best Nigeria players, is not currently in the national team, feels the forward should be encouraged to return to the Super Eagles.

He believes the 31-year-old’s experience will rub off on the young players in the team like Lille’s Victor Osimhen and Villarreal’s winger Samuel Chukwueze.

“I think this is a job for the coach [Gernot Rohr], he’s the one in charge and he should try and convince Ighalo to rescind his decision on retirement from the national team,” Esin told the Punch.

“Ighalo’s return to the Eagles will help to boost the confidence level of younger strikers in the team and this will help us going forward.

“Samuel Chukwueze, Victor Osimhen and others would benefit from his experience if the coach brings him back.

“We should learn to tap from the resources we have in our hands. Ighalo is one of the best strikers we have today, Rohr should convince him to return.

“Do we want to waste all that? It is wrong. He needs to share his experience with young strikers in the team. That is how a team grows. This is where the coach needs to come all out and encourage him to help the team with his experience.”

Before quitting the Super Eagles, Ighalo, who made his debut against Uganda in 2015, scored 16 goals in 35 appearances for the three-time African champions.